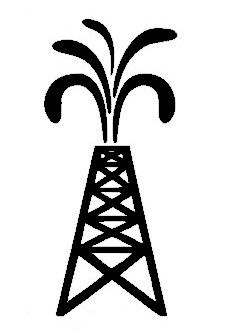 While climate chaos spreads across the planet, and the scientific forecasts are increasingly gloomy, from the centres of power of the "petroleum civilization" a snare is being set that we must know, understand, and disarm. It is called "zero net emissions" and its most recent exponent is a document from the World Bank that claims that companies can increase their greenhouse gas emissions if at the same time we pay them to "sequester" these emissions with market mechanisms and high risk technologies.

This is quite simply a snare set to confuse us: it is not a matter of lowering emissions, even less of "zero emissions"; on the contrary, by adding the word "net" they attempt to hide the fact that, despite the very serious situation of global warming, companies will continue to increase gas emissions with their contaminating activities.  But they will present accounting data – not a reality – to show that these emissions will supposedly be absorbed elsewhere, so that the result will be zero, hence there is no reason to worry.

Quite the contrary, there is every reason to worry. In addition to increasing emissions and hence climate chaos, the proposals themselves are a social and environmental disaster; moreover, they aim at diverting even more public resources towards companies.

The causes of climate change are clearly identified (and confirmed by the most recent data from the IPCC). The problem is well known as well as what must be changed: the expansion of the industrial model of production and consumption based on fossil fuels (petroleum, gas and coal) especially for the production of energy, the agro-industrial food system and urbanization/transport.

These people not only do not want to reduce emissions, they want to increase them and boost their profits with the disaster. This is why they came up with the notion of "zero net emissions" and from the most powerful industries and their associated centres of power, they are promoting it in the media, among the public, in international negotiations and in national policies and programmes.

A document just published by the World Bank – Three Steps to Achieve Zero Net Emissions – resumes the concept and lays out the measures that governments should undertake.  Many are already in force, but some others are new.  What is really new is to gather all of them within the notion of "zero net emissions" (that is even badly translated from English in order to create more confusion and give the impression that this is a question of "zero emissions").

The package vaguely mentions elements that could be useful, such as "a better design of public transportation", but includes overwhelming support for false solutions that worsen the climate crisis: harmful technologies such as the capture and storage of carbon, "climate-smart agriculture", more markets for carbon and "green bonds", payments for environmental services and programmes such as REDD, connected to these markets. Obviously, they support the demand of the petroleum industry to establish "carbon prices", a key piece now that these companies see an excellent business opportunity in the sale of "sequestered carbon".

In a previous article (Cambio climático: armando la trampa) I had explained that the CCS technology – carbon capture and storage – is highly risky and ineffectual to ensure that the carbon remains buried, but very useful for oil companies to extract reserves that were up to now inaccessible; and this, with public subsidies for the expensive installations.  They will then make profit from bonds for the supposed "sequester" of buried carbon, even as, paradoxically they exploit more petroleum and emit more gases... for which they will later charge to remove them from the atmosphere.

The logic of so-called "climate-smart agriculture" represents a similar vicious circle.  In spite of its being one of the main factors in climate change, the proposal is for more intensive agriculture, with "climate resistant" genetically modified organisms (GMOs), extensive use of synthetic fertilizers – that destroy the soil and emit gases such as methane and nitrous oxide, respectively 25 and 100 times more damaging than CO2 for climate change – all of which is designed to increase the markets and profits of agribusiness transnationals. Under the same umbrella they include the sale of the capacity to sequester carbon from soils, as a technique separated from farm life, which, as is already happening with the REDD programmes, will be a way to deprive farmers and communities of the management of their land.

Paradoxically, there are real and possible solutions that benefit the majorities of the planet. The most powerful are the decentralized agro-food systems, both rural and urban, based on agro-ecology with local markets, as well as many other real bottom-up and egalitarian solutions, including technological ones. But what is being propagated under the deceitful notion of "zero net omissions" is the complete opposite: it means legalizing increased pollution and climate chaos on the part of big industry, while we, the victims, pay so that they can carry on doing so.

(Translated by Jordan Bishop for ALAI)

- Silvia Ribeiro is a researcher with the ETC Group.