NEWS RELEASE: Europe bows to Bayer-Monsanto... US may follow

Civil society responds with call for a UN Treaty on Competition 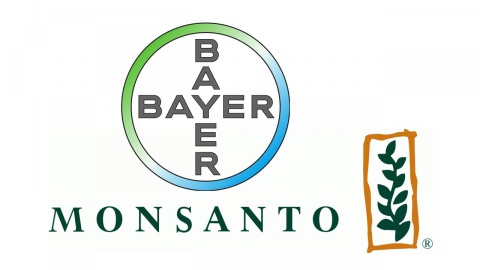 Brussels – The European Union’s Competition Directorate appears ready to roll over and approve the controversial merger of Bayer AG (Germany) with Monsanto (USA) within the week. Across the Atlantic, the US Department of Justice is expected to welcome the EU decision and announce its own acquiescence shortly after.

Acceptance of the deal in Brussels and Washington will likely finalize the last of three mega-mergers that have been in play in the seed and pesticide industries since 2015. Whereas six global companies controlled about two thirds of the global seed market and more than 70% of global pesticides at the beginning of the merger mania, four companies will now be left: Bayer-Monsanto will dominate, followed by Corteva Agriscience (the spinoff agricultural enterprise resulting from last year’s Dow-DuPont merger), and  the earlier agreed merger between Swiss-based Syngenta and ChemChina (the  acquisitive Chinese chemical company that is expected to soon merge with the still larger Sinochem). The fourth player in the field will be BASF – the well-heeled German giant that is expected to scoop up all or most of the assets Bayer and Monsanto are asked to divest. After the dust settles, the ‘Big Six’ Gene Giants that ruled global seed and pesticide markets for most of this century will become a ‘Fearsome Four’ and will control the same share of the market.

Bayer to BASF: Anti-trust regulators have found the three mergers hard to swallow, and the Bayer-Monsanto deal hardest of all. Last October, Bayer offered to sell off most of its field seed operations along with most of its pesticides. When that wasn’t enough, Bayer offered to surrender its vegetable business. BASF has stepped in offering to purchase the spinoffs at an estimated US$7.8 billion.

Big Data Deals:  At their core, all the mega-merger moves have been about control of big data in agriculture. Big data is behind the new “digital DNA” technologies, including synthetic biology and gene-editing, that are transforming agriculture research as well as so-called ‘precision farming’ platforms. Just today, Monsanto’s venture arm announced it was putting US$25 million into a new crop gene-editing company (Pairwise Plants) and establishing Monsanto’s VP of global biotech as CEO. A few weeks ago, Bayer was said to be offering BASF an exclusive license to its digital technology interests. Most recently, there are rumours that, under pressure from the US Department of Justice, Monsanto may even surrender its major digital asset, Climate Corp. which it bought in 2015 for US$930 million.

“If Brussels and Washington think they can appease farmers by getting Bayer-Monsanto sell their assets to BASF, they are wrong,” says Pat Mooney of ETC Group. “There are no conditions under which these three mega-mergers are good for farmers or for world food security – and shifting assets to BASF accomplishes nothing.”

Microbes under the radar:  ETC Group is especially concerned that anti-trust offices haven’t been watching Bayer-Monsanto’s growing domination over agricultural microbials. In the last few years, the two companies have struck deals with old-time enzyme companies such as Denmark’s Novozyme (the world’s largest commercial enzyme enterprise) and with start-ups like Silicon Valley’s Gingko Bioworks (using synthetic biology and gene editing technologies to alter the DNA of microbes). Agricultural microbes can be used with seed coatings or in the soil. “This is a new territory for big ag,” says Jim Thomas of ETC Group. “There is no reliable data on market share, but everybody sees the combination of Bayer-Monsanto as a potential monopoly in the Ag-microbe sector.”

Domino effect of agri-food mega mergers: According to ETC Group, the potential microbe monopoly points to another major concern anti-trust regulators rarely consider: Will these mergers create a domino effect in the agricultural input sector?  “Bayer and Monsanto’s microbial research is a direct threat to the beleaguered fertilizer industry,” explains Jim Thomas. “If nitrogen-fixing microbes and micronutrients are coated with the seed or injected alongside the seed at planting time, bulk commodity fertilizer companies may be in trouble.” Reacting to this threat, the world’s second- and fourth-largest fertilizer companies merged at the beginning of January to form Nutriem – now #1. The #2 fertilizer company, Yara (Norway) is also branching out into plant and microbial research, as is the new #4 company, Mosaic.

Thinking inside the box:  ETC Group’s Pat Mooney is most concerned about incipient moves by the world’s dominant farm machinery companies, which already control nearly half the global market: “Deere & Co. and the others have been working with big data since the early 1980s, scooping up companies and making joint ventures with the big seed and pesticide firms for 10-15 years. They have the ‘box’ that applies the seeds, pesticides, fertilizers and water in the field at the beginning of the season and harvest the crop at the end of the season. Their sensors and satellites have decades of data on crop yields, weather and markets and are in the best position to sell their information services to farmers and even offer crop insurance. If these mergers are allowed,” Mooney warns, “the Fearsome Four will be targeted by newly emboldened, deep-pocketed companies like Deere, ACGO, CNH and Kubota.”

UN Treaty on Competition:  ETC Group has been following corporate concentration in agribusiness since 1977 and sees the current mega-mergers as proof that governments are toothless and must negotiate a UN Treaty on Competition. “Regulators around the world are painfully aware that they don’t have the tools to block the current mega-mergers or subsequent wave,” argues Neth Daño of ETC Group. “When the WTO was established in the mid-90s, almost all M&A activity was between the US, Japan and Germany. OECD states didn’t want the WTO to interfere and countries in the Global South didn’t trust the WTO, so there are no international rules governing corporate concentration. Now, the emerging markets of the South may be critical to corporate oligopoly, especially in agribusiness, but the South has no real way to protect itself from the mergers. The WTO can’t – and shouldn’t – take on this role, but the UN could.”

ETC Group and other civil society organizations around the world are now calling for the negotiation of a UN Treaty with a wide enough mandate to consider not just the immediate M&As but their long-term implications for both the control of livelihoods, the impacts on environment and health, and the control of technologies. ETC Group raised this issue with the UN Committee on World Food Security last October in Rome but governments were reluctant to act on short notice. ETC Group and other CSO partners will be back in Rome this October pressing their case now that the mergers appear to be going through to warn governments that the next round of mergers will be even worse. ETC Group and partners will also attend the UN Forum on Science, Technology and Innovation in New York this May to raise their concerns about technological monopolies.

Accompanying this release ETC Group has produced an information brief on how Monsanto-Bayer, Microbials and Precision Agriculture: http://etcgroup.org/content/information-brief-bugs-and-bytes

For further information and analysis of corporate concentration in the food system and its impacts on farmers and food systems, see:

International Panel of Experts on Food Systems, Too Big to Feed: Exploring the impacts of mega-mergers, consolidation and concentration of power in the agri-food sector, 2017.

ETC Group, “Software vs. Hardware vs. Nowhere: Is Deere & Co. about to become Monsanto in a Box?” November 2016. Available online at: http://www.etcgroup.org/content/deere-co-becoming-monsanto-box