US Attempting to Move Forward with Geoengineering 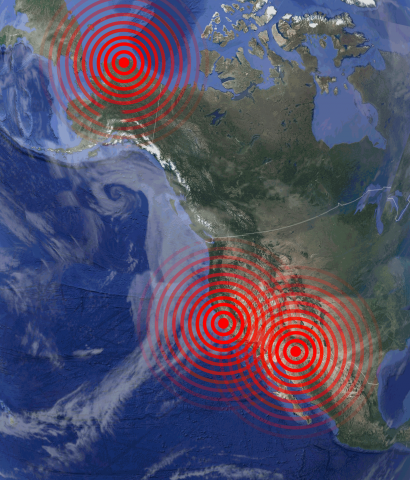 As three major geoengineering experiments move toward real-world tests, ETC Group and GeoengineeringMonitor.org have released new resources and a redesigned website.
Although 196 countries have agreed to a moratorium on geoengineering activities through the UN Convention on Biological Diversity, a defiant United States is hosting three attempts to hack the skies and manipulate oceans to cool the planet. ETC Group and GeoengineeringMonitor.org (a collaboration with Heinrich Boell Foundation and Biofuelwatch) have published briefings on each project:
As climate chaos escalates – and in the context of the existing moratorium – ETC Group sees these activities as a threat to genuine efforts to save the climate, arguing that geoengineering undermines the ambitious climate change mitigation strategies we need and puts the world on a path to rapid adoption of dangerous and poorly-understood techniques.
“These experiments amount to scenes in a high stakes political theatre,” said Jim Thomas, Co-Executive Director of ETC Group. “They are as much experiments in creating acceptance, aimed at normalizing geoengineering and paving the way for a major influx of investment and implementation.”
In practice all three experiments aim to develop geoengineering hardware rather than understand adverse effects. Almost by definition, geoengineering can’t be experimented with: small experiments won’t reveal what happens when the techniques are scaled up. To understand the full impacts, one would need to deploy geoengineering at such a scale that is not an experiment anymore. Small experiments will reveal little about the potential effects of geoengineering, but they play major political role.
While the current spate of experiments are aimed at establishing a proof of concept for geoengineering, creating pathways to build the technological, political and financial power of what ETC Group’s report The Big Bad Fix refers to as the “geoclique”: a small number of entrepreneurs and technologists who are pushing the geoengineering agenda.
“The push to establish ‘facts in the air’ and normalize geoengineering experiments are coming from a small clique backed by a smaller number of billionaires,” said Silvia Ribeiro, ETC Group’s  Latin America Director. “It’s hard to find another case where so few people put themselves in a position to have such a potentially massive geophysical impact on humanity and the planet.”
While oil companies have long been enthusiastic about geoengineering because it represents a “fix” for climate change that allows them to continue polluting the planet, most geoengineers have avoided direct association with the fossil fuel industry, accepting funding from Bill Gates and other billionaires instead.
“Trump pulled out of the Paris Agreement, and now a few billionaires are trying to make a pathway for oil companies to keep extracting,” said Neth Daño, Co-Executive Director of ETC Group. “Geoengineering has to be stopped so that resources can flow into what everyone knows is necessary and urgent: changing our production and consumption patterns and transitioning away from fossil fuels.”
GeoengineeringMonitor.org was established in 2014 as a source of critical views and analysis of climate manipulation: the variety of techniques aimed at cooling the planet through large-scale technological interventions that don’t aim to reduce greenhouse gas emissions. For more information, visit www.geoengineeringmonitor.org.
Related Fora:
Others: ILO, BTWC, Chemicals, Oceans