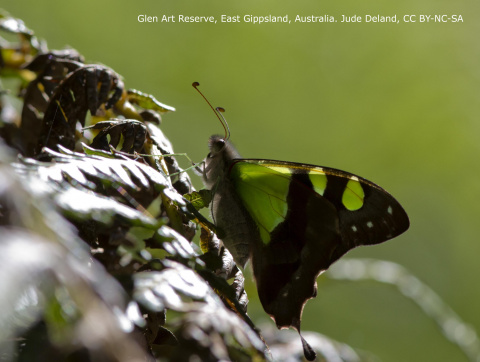 MEXICO, 3 September 2020 : Emerging Ag Inc., a synthetic biotech industry lobbying firm, funded by the Bill and Melinda Gates Foundation, has been allowed to take a driving seat in discussions about biodiversity conservation and synthetic biology amongst members of the International Union for Conservation of Nature (IUCN), in advance of IUCN’s next World Congress in 2021 [1].

“The fact that IUCN, the world’s largest biodiversity conservation network, deemed it appropriate to contract a pro industry lobby – one that is explicitly funded to promote intentional extinction – to organize and seemingly control a debate about biodiversity conservation and synbio is also a symptom of the growing corporate capture of a wide range of international and intergovernmental processes.” said Tom Wakeford of ETC Group.

Gene drive technology, an extreme form of genetic engineering, is one type of synthetic biology that is due to be discussed at IUCN´s next World Congress because of a decision taken in 2016 about taking a precautionary approach to synthetic biology [2, 3]. Gene drive technology is an unproven technology designed to cause the virulent spread of a manipulated genetic trait through a population, literally driving a species to extinction by forcing a change through the sexual reproductive process.

Emerging Ag has received US$4.1 million from the Gates Foundation [4] to promote synthetic biology and gene drive technologies, and to undermine discussions about taking a precautionary approach to their use in international fora. The company has already been denounced, in 2017, for secretively coordinating supposedly “independent” experts to try to prevent the UN Convention on Biological Diversity from declaring a moratorium on gene drive technology [5], a call supported by more than 170 organizations worldwide.

The synbio industry is up to the same dirty tricks in IUCN. A task force was established by IUCN on the back of its 2016 Congress decision on synthetic biology. However, in spite of the strongly precautionary nature of the original decision, it was decided that the taskforce would be chaired by Kent Redford, a strong advocate of synthetic biology. Redford created a highly biased taskforce, in which 22 of the 40 members have conflicts of interest through their involvement in the synthetic biology industry, research and/or the development of gene drives. Although these problems were explicitly referenced during the peer review of the task force’s draft assessment, their final report published in June 2019, still failed to take critical voices into account.

Asked about the current IUCN draft motion on Synthetic Biology, due to be decided on in 2021, Ana Di Pangracio from FARN in Argentina (an IUCN member) said: “The current draft motion on synthetic biology is now heavily bracketed, after many inputs from IUCN members. This shows that many members are concerned that the original draft was not strictly in line with the required precautionary approach.”

Many members are demanding that IUCN make another assessment, this time with independent experts rather than industry actors and researchers with contracts to develop the technologies. They are also demanding that this new assessment take into account indigenous voices and perspectives from the global South, both of which are lacking in the final report from the taskforce.

“Until that happens, the 2016 precautionary decision on synthetic biology should stand. Corporate capture of decision-making institutions can not be the ‘new normal’ and must be rejected” said Silvia Ribeiro from ETC Group.

[1] IUCN’s South American regional committee decided to organize information sessions for its members in readiness for the forthcoming IUCN World Congress. First, they held a workshop in Spanish, in October 2019, which presented a critical perspective on the technologies, at which ETC Group was invited to speak. On August 26th, a second workshop, in English and Spanish, focused on presentations by several synthetic biology advocates and researchers working on gene drives. The webinar was organized and seemingly tightly controlled by Emerging Ag Inc., and had a distinct bias towards presenters with conflicts of interest in the issue, a disturbing fact that is also reflected in a 2019 IUCN report on the issue. It enabled Emerging Ag to register and keep the name and address of all interested participants, and, critically, to act as gatekeeper for the Q&A session. Some questions were kindly answered by other IUCN Committee members in writing during the webinar, but the organisers did not forward this conversation to members when they distributed the webinar. Additionally, there was no time allocated for discussion, which prevented critical voices being heard.

[2] The issue of synthetic biology has been a topic of debate in IUCN since 2016, when a group of synthetic biology advocates, including Kent Redford, tried to get this international federation to make a decision in favor of using the technology, including gene drives, for conservation purposes. Instead, 30 well-known environmentalists appealed to IUCN not to support this risky technology, and the majority of IUCN members expressed themselves by electronic vote in advance of the Congress, in favor of a moratorium on gene drives. In 2016, the World Conservation Congress (the highest body of the IUCN), which met in Hawai’i, decided to form a taskforce on the issue, in order to prepare a report and discuss it again at the next Congress in 2020 in France (now postponed to 2021).

[3] The IUCN’s 2016 decision on synthetic biology specifically asked for IUCN leadership to undertake an assessment of the implications of developments in Synthetic Biology for conservation and the sustainable use of biological diversity and associated social, economic, cultural and ethical considerations. Striking a deliberately precautionary note, the resolution also bound IUCN and its commissions to refrain from “supporting or endorsing research, including field trials, into the use of gene drives for conservation or other purposes until this assessment has been undertaken.”

[4] Emerging Ag Inc. received US$1.6 million from the Bill and Melinda Gates Foundation in 2017, “to increase awareness, understanding and acceptance of possible gene drive applications for public good purposes”. In 2020, the company received a further grant for US$2.5 million. Bill and Melinda Gates and the US Army are the main funders and promoters of gene drives. Projects like GBird and Target Malaria aim to eliminate all females of some species of mosquito and rodents, making them extinct.

[5] Emerging Ag’s role came to light thanks to a Freedom of Information request by Edward Hammond/Third World Network, which uncovered a trove of emails revealing that more than 65 researchers (including Kent Redford from IUCN) had been coordinated by Emerging Ag to promote gene drives and synthetic biology and to actively argue against a moratorium based on precaution, at UN CBD conferences and in relevant expert groups. This undercover action led the CBD to subsequently establish a new policy on conflict of interest among experts.

Driving under the influence: