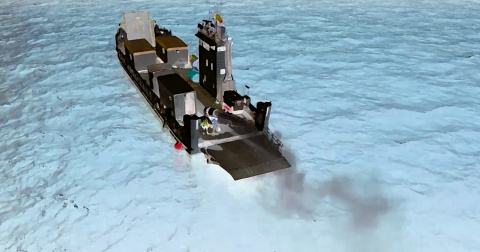 MEXICO CITY, DAVAO CITY, MONTREAL, May 11—In a shocking move, a small group of Australian geoengineers have defied an international moratorium on the deployment of geoengineering technologies. To accomplish this, the project rebranded a risky geoengineering technology – in this case, brightening clouds to reflect solar energy back into space – as a plan to save the Great Barrier Reef.

The experiment, led by researchers from Southern Cross University in New South Wales, claimed to be an attempt to lower local ocean temperatures and slow the bleaching of the coral reefs. Though small in scale, their actions set a dangerous precedent for the deployment of solar geoengineering technologies, which could have profoundly damaging and unpredictable effects on the climate.

At first glance, it does not look like much: a few technologists on a boat off Australia’s eastern coast, testing a fan that blows seawater mist into the sky. However, testing geoengineering technology like this is part of a global push to implement technological climate modification. Project leader Daniel Harrison has been promoting geoengineering schemes for close to a decade. The experiment has been funded by governmental sources, and more trials have been scheduled, also with public funding.

“The “geoengineering clique” that is trying to push these dangerous technologies forward has been trying to conduct open-air tests on solar geoengineering for years, and now they did it – during a pandemic,” said Silvia Ribeiro, ETC Group’s Latin America Director. “Their spin about helping coral reefs is totally unproven and the data they may gather with this experiment is minimal, but the story they’re telling is that there is a technofix for climate change that could let fossil fuel companies keep extracting and even create new opportunities for them to profit.”

The technique tested in Australia is called  Marine Cloud Brightening (MCB). It is based on the idea that sea water mist sprayed into clouds will increase the amount of light they reflect back into space. If deployed on a massive scale, the technique would in theory reduce temperature, but could also have many negative local, regional and global effects.

Solar geoengineering techniques, also known as Solar Radiation Management (SRM), could cause droughts and other climate disruption in other regions of the world if deployed at large scale. Modelling studies show that, for example, if MCB was deployed in California, where another testing project is in the works, it could cause droughts in the Amazon. This, among other reasons, is why 193 countries which are party to the Convention on Biological Diversity (CBD) agreed, in 2010, to a moratorium on geoengineering

“This outdoor experiment contravenes the UN Convention on Biodiversity’s moratorium on geoengineering,” said ETC Group’s Co-Executive Director Neth Daño. “Australia, as a party to  the CBD, has an obligation to adhere to and ensure enforcement in its territory. It is reckless for any government to disregard the potential risks of Solar Radiation Management and ignore ongoing deliberations at the UN on the need for multilateral governance before conducting real world experiments.” 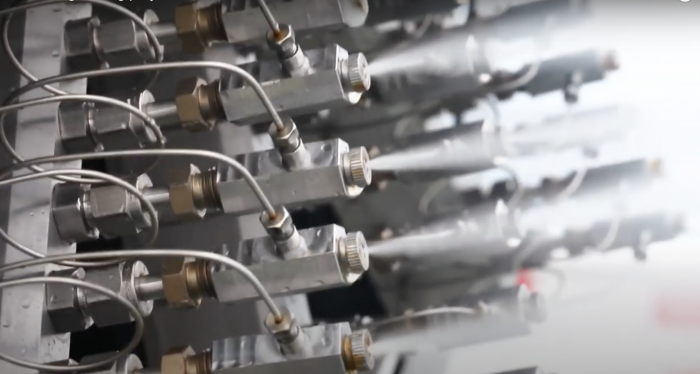 Geoengineering is not mentioned in Southern Cross University’s official press release, and most of the coverage also does not mention geoengineering or the intent to cool the planet. However, team leader Daniel Harrison describes his research topics as including “ecoengineering and geoengineering.” For the better part of a decade, Harrison has investigated various geoengineering techniques. In 2012, Oil and Gas Daily quoted Harrison’s paper about an estimate of how much carbon could be sequestered using ocean iron fertilization (an entirely different technique from cloud brightening, which aims to alter the marine environment).

In her book, After Geoengineering, geoengineering advocate Holly Jean Buck notes that “the association with geoengineering made it difficult to build and test” equipment for MCB research. Buck quotes a leader of the California-based Marine Cloud Brightening Project as saying that funders would shy away from cloud brightening: “They’re like, no, the cat’s out of the bag, this is geoengineering – we would have to get approval.”

Australia does not appear to have the same sensitivity to funding geoengineering research. According to the Sydney Institute of Marine Science, the testing was funded by the Queensland and Australian governments as part of the “Boosting Coral Abundance Challenge,” and future MCB tests are slated to be funded through the same initiative.

“In Australia, the geoengineers have found a way to get funding and approval for their projects,” said Neth Daño – “by claiming that they could save the Great Barrier Reef, and hiding the ultimate aim of the technologies they are developing.”

About Marine Cloud Brightening and geoengineering

Warming seas are just one of several causes of coral bleaching. Ocean acidification, poor water quality due to sediment run-off, pollution from agriculture, aquaculture, coastal development and industry are all factors in coral destruction that this experiment doesn´t take into account. Solar geoengineering does nothing to address the major problem with ocean acidification, which is caused by oceans absorbing excess CO2 from the atmosphere.

“By providing a technical alibi to the fossil fuel industry to continue CO2 emissions, geoengineering would if anything exacerbate acidification – and thus the destruction of coral reefs globally,” said Ribeiro. “To really address the problem, we need drastic CO2 emission reductions, not distracting technofixes.”

Marine Cloud Brightening is one of several solar geoengineering proposals. Solar geoengineering schemes seek to reflect sunlight back into space in order to counteract the heat-trapping effects of high CO2 levels in the atmosphere. Solar engineering is associated with profound uncertainty and risk, including further disruption of the global climate, unknown feedback effects, and floods and droughts in the global south. Critics worry that it could be weaponized by powerful countries and used to further geopolitical agendas.

Fossil fuel companies have been funding research into solar geoengineering for decades. More recently, Bill Gates-backed Fund for Innovative Climate and Energy Research (FICER)  has been funding solar geoengineering research, including the Marine Cloud Brightening Project based in California. That initiative may have ties to the Australian group, but has not yet conducted open-air testing itself.

Geoengineering has long faced strong opposition based on the fact that it does not address the root causes of the climate crisis, and indeed, provides an excuse for high emission governments to avoid confronting the powerful and destructive fossil fuel industry and its growing CO2 emissions.

An international UN moratorium states that “no geoengineering activities should be carried out” until a “global, transparent and effective control and regulatory mechanisms for geo-engineering, in accordance with the precautionary approach” can be put in place. The decision, passed by the UN Convention on Biological Diversity (CBD) in 2010, allows exceptions for “small-scale experiments,” on several conditions, including that they are conducted under “controlled settings” – which was not the case in Australia.

195 international and national civil society and movement organizations from 45 countries around the world have signed the Hands Off Mother Earth (HOME) manifesto, which specifically demands a stop to unilateral experiments like the Australian cloud brightening affair.