A Bad Bet on Synthetic Biology

Cargill's Eversweet is competing with farmers and misleading consumers 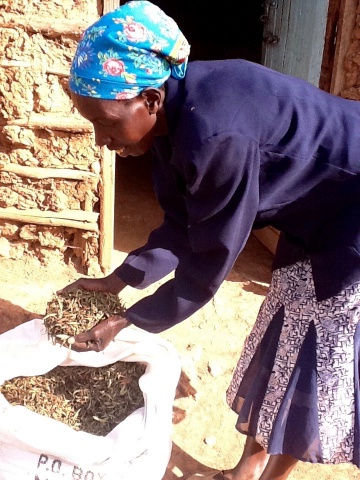 LAS VEGAS – Las Vegas seems to be an apt place to launch a risky corporate gamble that could destroy the livelihoods of millions of small-scale farmers. Earlier this month, the international food conglomerate Cargill chose the city’s famous Strip to introduce what it hopes will be its next blockbuster product: EverSweet, a sweetener made of “the same sweet components in the stevia plant.”

And yet, despite Cargill’s heavy reliance on stevia in its promotional material, EverSweet does not contain a single leaf of the plant. Cargill’s new product is an example of synthetic biology, a form of genetic engineering that uses modified organisms to manufacture compounds that would never be produced naturally. What makes EverSweet taste sweet is not stevia; it is a compound produced by a bioengineered yeast.

Synthetic biology is high-tech, and it is also potentially high-risk. Even as it attracts billions of dollars in investment, it is the subject of growing international concern. Tellingly, Cargill does not advertise its use of the controversial technology; instead, the company describes EverSweet as the product of “specially crafted baker’s yeast,” as if it were a recipe brewed for centuries in Bavarian villages.

Discerning the risks that may be posed by food ingredients made from this kind of genetic engineering – different from those known from other types of transgenic foods – is still at an early stage. In a recent opinion, European Union scientific committees concluded that while the risk assessment used for evaluating genetically modified organisms should be applicable to aspects of synthetic biology, in specific cases new approaches may be needed to evaluate the safety of the technology.

And yet there is one area in which the dangers are already apparent: the economic damage that will be caused as lab-grown compounds replace field-grown stevia. The Guarani indigenous people of Paraguay have grown and used the herb for centuries. More recently, it has become a food-industry craze, driven in part by fear of obesity lawsuits. As major brands like Coke and Pepsi aggressively market stevia-sweetened cola drinks as natural and healthy, the agricultural acreage of the plant has exploded. Analysts expect the stevia market to reach $275 million by 2017.

The global leaders in stevia production are Paraguay, China, and the United States, with Kenya close behind. Early in 2015, Marian Bassey (representing the ETC Group) met stevia farmers in Kenya to understand what competition from synthetic biology might mean for them. They were very worried. For Ann Nduta Kanini, a widowed mother of eight, selling stevia has allowed her to send her children to school and put food on the table. When we asked Paul Mwangi Kigaa, another small-scale farmer, what Cargill’s use of synthetic biology would mean for him and his neighbors, he answered that “growing stevia in their factories will affect our lives!”

Moreover, poor farmers have been actively encouraged to invest in stevia, because its cultivation can help preserve fragile and unique ecosystems. In its annual survey of leading global risks, the World Economic Forum noted that, “the invention of cheap, synthetic alternatives to high-value agricultural exports … could suddenly destabilize vulnerable economies by removing a source of income on which farmers rely.”

Nor are stevia farmers the only ones who should be concerned. Ingredients that are being replaced or are likely to be exchanged for products made through synthetic biology include vanilla, saffron, coconut oil, patchouli, olive squalene, and rose oil. Indeed, the world’s largest cosmetics, flavor, and fragrance companies are hoping that synthetic biology will help them replace more than 200 natural botanical extracts. According to the International Federation of Essential Oils and Aroma Trades (IFEAT), around 95% of these botanical products are produced by small-scale farmers, bringing much-needed cash income to some of the world’s poorest communities.

These are unlikely to remain isolated examples. The Non-GMO Project, an increasingly influential labeling organization, has ruled that the 33,000 products carrying its seal must not use synthetic biology. Meanwhile, the European Stevia Association (EUSTAS), has expressed concern that EverSweet will undermine stevia’s reputation as safe and natural.

The dark clouds gathering around synthetic biology may not have been visible at Cargill’s sunny product launch. But, by competing with poor farmers and misleading consumers about the origins of its ingredients, EverSweet and other examples of synthetic biology are generating bitterness at both ends of the product chain. That is why what happened in Vegas should stay in Vegas.

In collaboration with Project Syndicate and the Heinrich Böll Foundation